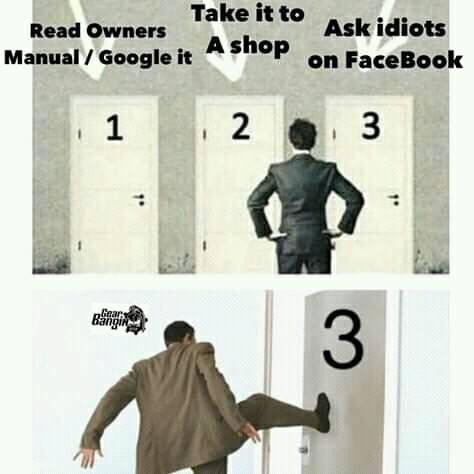 Facebook has seen an explosion of “car clubs” as it makes it as easy as 3 clicks away to make one. While the aim is to foster camaraderie, friendships, knowledge exchange blah blah, most people in the groups are sore lacking, if not zero in the knowledge department.

On one end, you have simple questions like this “may kalawang as part na Yan, normal na Yan?”

Which gets answered easily enough with a deluge of yes answers.

And asking for pics of your “setup rides” to get inspiration for yours. Hey I do that in Gundam groups also to get inspired for my next build and get ideas. This is where FB gives you very convenient and effective crowdsourced ideas. 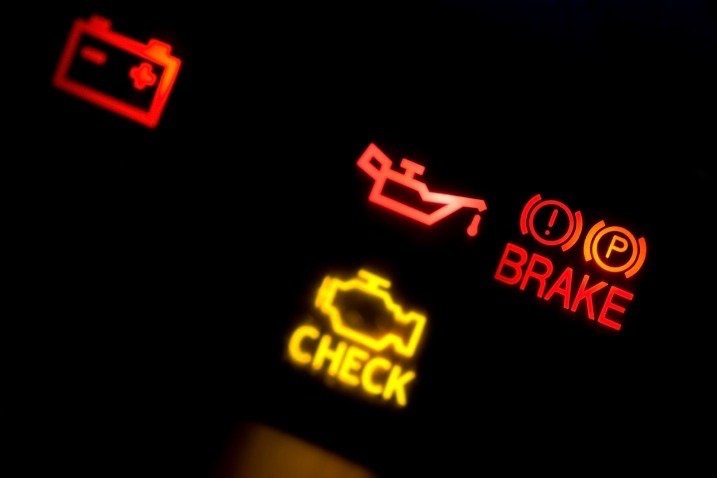 EVERY single group has these and they get a lot of answers. Problem is most of these answers are wrong. There are 999 possible reasons why this can be lighted up and without the proper scan equipment, the guy at the end of keyboard can not possibly say with 100% certainty that it is THIS or THAT problem.

It’s like asking “I’m coughing, what’s wrong with me?” And you’ll get every answer from sore throat to bone cancer.

Ever wonder why we still go to the doctors and no just self diagnose? Because you the the ordinary dude ISN’T An expert and neither are the members in your groups. Of course there will be always a few people who really are but their opinion gets drowned among the many.

You also have the video posts like this jumpy idle with the “anong problema?” Caption

Which like the check engine, ten people will give you ten different answers and it isn’t a democracy where the most numerous answer is the right one. It’s impossible for anyone to say for certain what’s the problem without examining the car, there simply isn’t enough information on the video to make any kind of assumption.

And you have out right ignorance and misinformation like these three idiots who didn’t even bother to know the car they’re advising on. 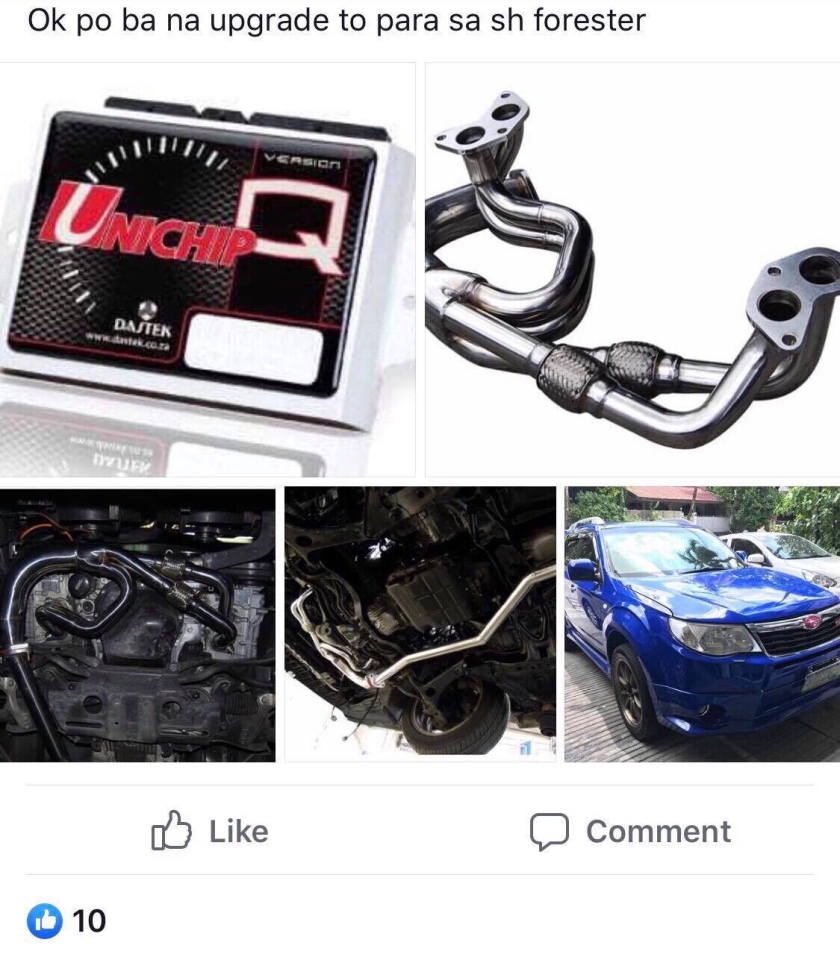 This is our non-turbo Subaru package, that has Unichip included, because it is the ONLY thing that can tune it.

And you have morons like Ivan Ilagan who is recommending an Ecu reflash citing because it’s safer, which is totally not true, and but stayed silent after being called out that the non-turbo Ecu cannot be reflashed

And Vin Foronda whose recommends Cobb which also doesn’t work for non-turbo variant and only works mostly for US Spec turbo Subarus. 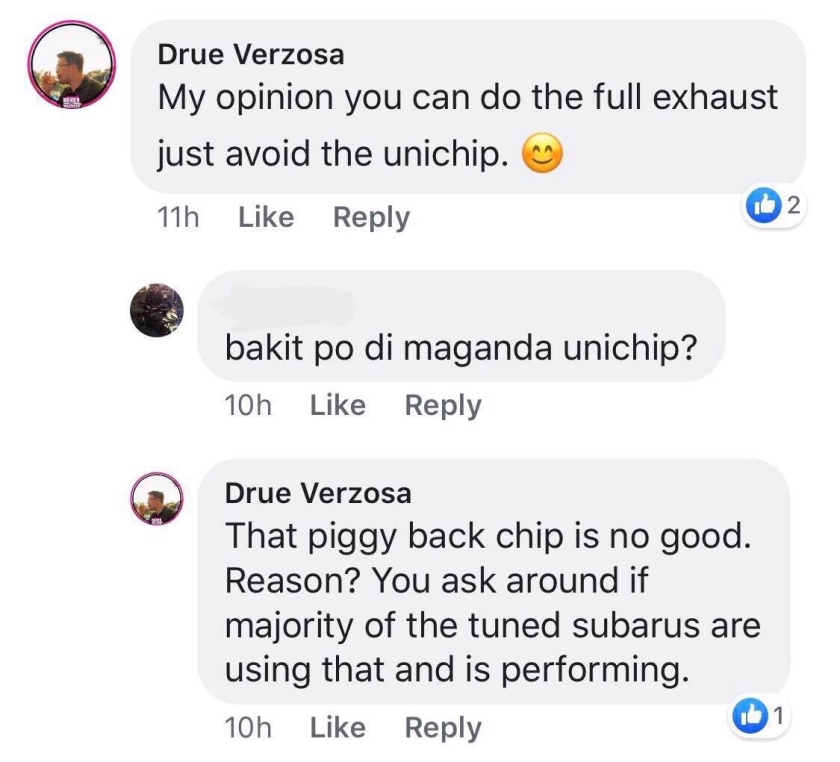 And this Drue Versoza who also doesn’t know that non-Turbo’s cannot be reflashed. The majority of the tuned Subaru’s he’s referring to are Ecu remap, or use openecu or Ecutek, and that’s not in dispute as that it is the better solution. But of course he didn’t bother to look at the pictures posted that clearly shows it’s a non turbo car, or maybe he just doesn’t know the difference and that’s more likely.