If you’re a college kid in the 90s, you most likely know someone that drove a Pajero Fieldmaster it was the “IT” siga barkada car at the time.

So it is kinda sad that this will be the last year the Pajero will be produced, but that doesn’t mean it can’t end without a bang.

With the biggest Diesel engine available currently (short of a Land Cruiser), it isn’t the most powerful anymore, and the 3.2 still uses a non variable geometry turbo rated at 198whp that is channeled through a 4WD system. On our Dynapack, wheel Hp is 158whp with all 4 wheels, which makes think it’s actually underrated. Not mind blowing but not too shabby either. For reference, the current Montero 2.4L makes 160whp in 2WD mode, the Fortuner 2.4L makes 140whp and the MU-X 3.0L makes 155whp

But enough with the background, we’re here to make power and make it we did.

First up is the intercooler. The Pajero already has a front mount intercooler but it’s located at the very bottom of the bumper, and it’s not exactly big once we take it out.

The stock unit measures 18″x8″x2.5″ not small but not big either. The Apexi unit we’re changing to measures 24″x9x”2.5″ which is 50% more volume and are placing it behind the front grill for optimal airflow

This location also shorter intercooler piping from turbo to throttle. Contrary to popular belief, an intercooler doesn’t make your intake temps go down to freezing temps or even aircon level temps. It gets it down as close as possible to ambient temperature, and a bigger intercooler insures that this temperature is more consistent for a longer time as compared to a smaller unit. All intercooler piping we use is aluminum, why? Because that is what everyone all over the world uses for aluminum piping. 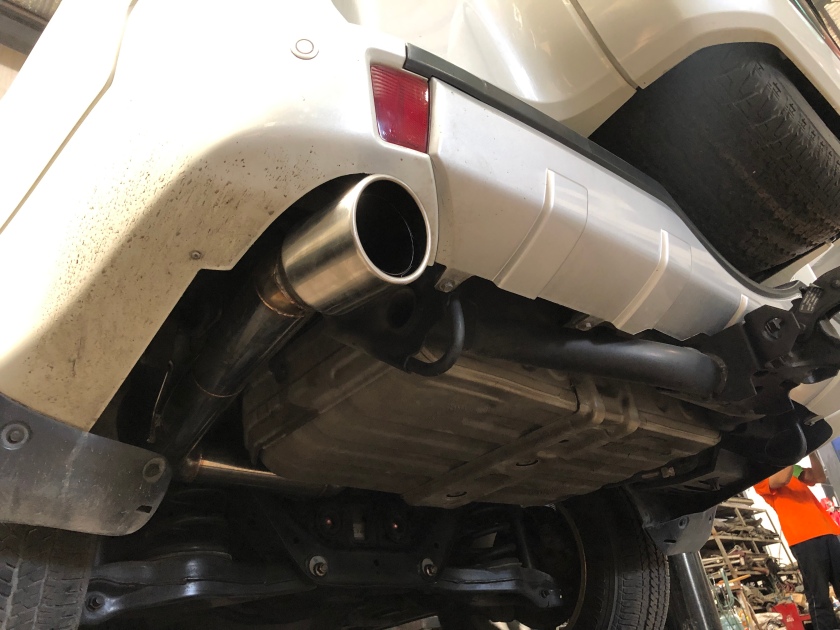 Next is the exhaust. With turbo diesels, this starts immediately after the turbo, which is the downpipe, then the midpipe, then muffler, and then the tip. The material of choice is 3″ stainless steel, not black iron, and definitely not aluminum.

The next power adder is Devils Own Alcohol injection. Think of it as mini nitrous oxides for diesels, half the power gain of a typical. Nitrous system but an 80% cheaper consumable component by volume, using ordinary alcohol, as in Green Cross alcohol you buy at the convenience store and mixed with equal amounts water. The whole system consists of a hi flow pump, the injector nozzles, pressure switch, fittings and nylon lines. How it operates is pretty simple: The alcohol vaporizes immediately once injected into the intake stream, cooling the intake temperature even more after the intercooler, this cooling effect alone already makes power and since alcohol is fuel, it will be ignited along with the fuel and air mixture inside the engine, and PRESTO 15-25hp more depending on the nozzle size used.

The last component is of course making it all work together with our ECU Reflash/Remap, of which you can watch this video of you have no idea what it is.

And after all that’s been said and done, here’s the results! 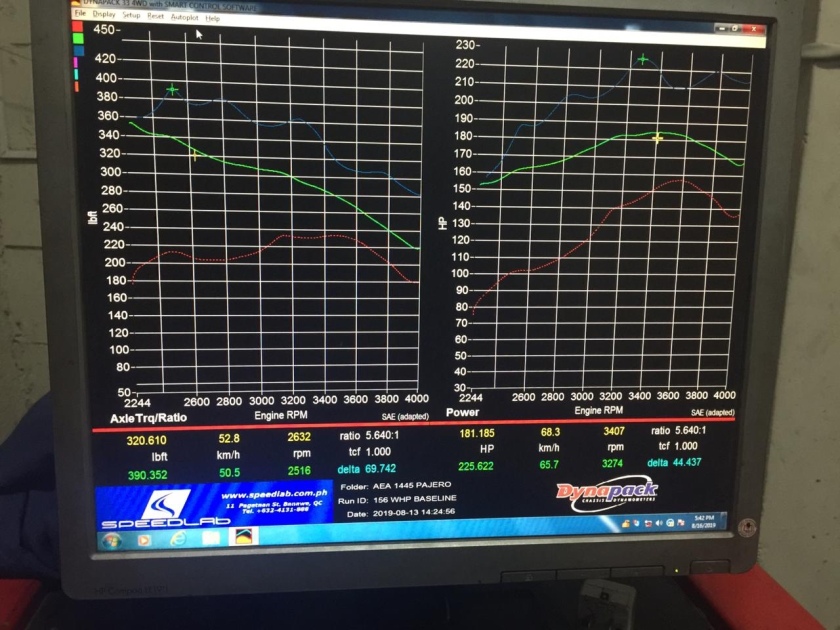 Mind you this is all with stock boost which is 16psi. The torqu gain is an impressive 150 ft-lbs at 2200rpm without the alcohol injection.

While the numbers are impressive, what’s more impressive are the 20″ Rays Engineering wheels and Nitto Tires that actually cost more than all the engine upgrades put together! ✌️