Scab, scav, scub, give it to the pinoy who nicknames everything and yet doesn’t understand what it means or why the term is like that. Hell, there was once a street group with the word SCUB in it (most likely they thought it sounds cool and race-y)

All those terms are short for scavenger pipe, which is a short piece of pipe just after the collector of the headers. How long this is depends on the car but the generally accepted length is 2-2.5 feet.

Now this is actually a cheap way to gain power, let’s get that part straight, BUT at the expense of low to mid end power. Unless you have a strictly drag car that doesnt see any need for street use, the rule of thumb is the less exhaust piping you have, the more power you will make.

But for 99% of you out there that don’t have a strictly drag car and use your cars to get from A to B, a scavenger pipe is a very very bad idea.

And here is a Lancer EX that has exactly that, and it lost a bunch of low and midrange power, from 10-25hp less! We keep saying it and will say it again, messing with the stock midpipe often results in power loss, and a scavenger pipe is an extreme example of this.

Most people think it’s because of the lack of back pressure, it’s sungaw (honestly, you all use that term but don’t really know what it means) and that’s only partly correct, and a very small part.

The biggest reason why there is a lost of power is because the air fuel ratio is drastically altered, as it’s really really dangerously lean. 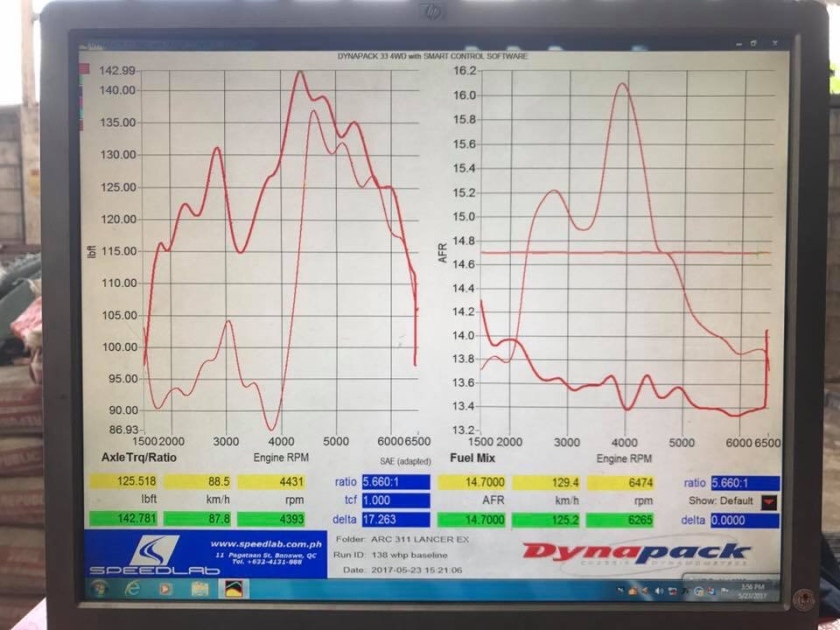 By using a scavenger pipe, Exhuast gases are able to leave the combustion chamber quicker and faster, which results in a leanwr mixture. Contrary to what you usually see in engine animations where fresh air comes in as all the Exhuast gases go out, it’s a more complicated than that.

The ideal mixture of fuel and air is 14.7:1, and that’s ideal when all the fuel is burned completely. But in the real world, that never happens and it’s actually anywhere from 13.5:1 – 12.5:1, which is a pretty big range. And the mixture is affected by how fast the exhaust gases leave the engine, and a scavenger pipe is the extreme form of this.

So with this Lancer, the low to mid range air fuel ratio is an extremely lean 16:1, and this results in a 25hp difference at 4000rpm. So what do? Well putting back the stock exhaust is the cheapest easiet solution. The more correct solution if you do want to keep the scav is to tune the car. Let’s make one thing clear, it does actually gain power, at the high rpm range from 5000 and up where the air fuel ratio is a more correct 14:1, but still not ideal. In fact the graph kinda looks like an old Civic SiR when Vtec kicks in.

So adding a Unichip will enable us to add in fuel to correct the air fuel ratio, thereby making the correct amount of power and for safe operation. 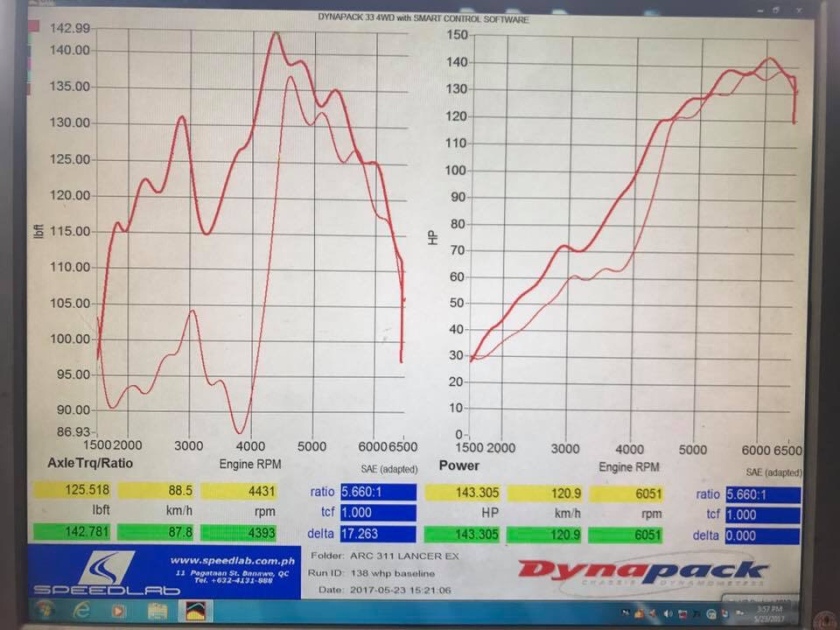